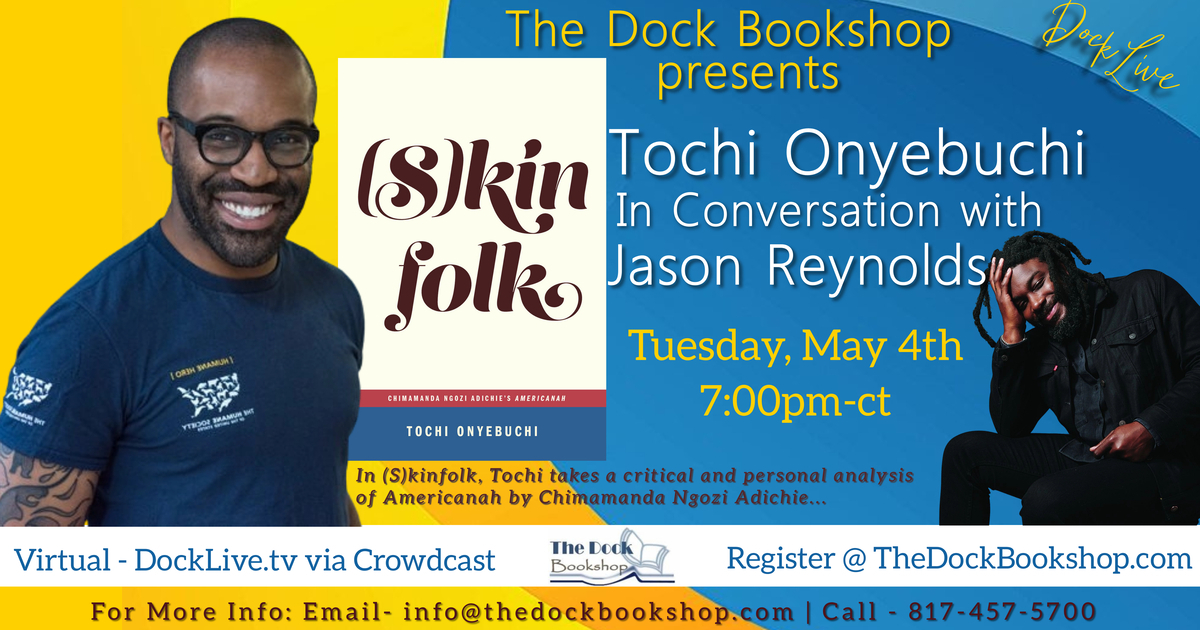 Tochi Onyebuchi is the author of the young adult novel Beasts Made of Night, which won the Ilube Nommo Award for Best Speculative Fiction Novel by an African, its sequel, Crown of Thunder, and War Girls. He holds a B.A. from Yale, a M.F.A. in screenwriting from the Tisch School for the Arts, a Master's degree in droit économique from Sciences Po, and a J.D. from Columbia Law School. His fiction has appeared in Panverse Three, Asimov’s Science Fiction, Obsidian, Omenana Magazine, Uncanny, and Lightspeed. His non-fiction has appeared in Tor.com, Nowhere Magazine, the Oxford University Press blog, and the Harvard Journal of African American Public Policy, among other places.

Jason Reynolds is the #1 New York Times bestselling author of many books, including When I Was the Greatest, Boy in the Black Suit, All American Boys (cowritten with Brendan Kiely), As Brave as You, For Every One, the Track series (Ghost, Patina, Sunny, and Lu), Long Way Down, and Look Both Ways. He is a two-time National Book Award finalist; the recipient of a Newbery Honor, a Printz Honor, and multiple Coretta Scott King Honors; and the winner of a Kirkus Prize, two Walter Dean Myers Awards, and an NAACP Image Award, among other honors. He lives in Washington, D.C and invites you to visit him online at JasonWritesBooks.com.

Black Enough: Stories of Being Young & Black in America (Paperback)

Stamped: Racism, Antiracism, and You: A Remix of the National Book Award-winning Stamped from the Beginning (Hardcover)

Look Both Ways: A Tale Told in Ten Blocks (Paperback)