On Thursday, January 4, the Children’s Book Council, Every Child a Reader, and the Library of Congress announced that author Jacqueline Woodson will serve as the 2018–2019 National Ambassador for Young People’s Literature. Woodson, the author of more than two dozen books for young adults, middle graders, and children, is a National Book Award winner for her memoir-in-verse, Brown Girl Dreaming (Nancy Paulsen Books); a four-time Newbery Honor Medalist; a Coretta Scott King Book Award winner; and in 2015 was named the Young People’s Poet Laureate by the Poetry Foundation.

“I think the work ahead of me is challenging,” Woodson said. “I don’t believe there are ‘struggling’ readers, ‘advanced’ readers, or ‘non’ readers. I’d love to walk away from my two years as ambassador with the qualifiers gone and young people able to see themselves beyond stigma or oft-times debilitating praise. Martin Luther King Jr. said people should not be judged by the color of their skin but by the content of their character. In that regard, I think young people should not be judged by the level of their reading but by the way a book makes them think and feel. By the way it gives them hope. By the way it opens them up to new perspectives and changes them. I’m excited to have these conversations with some of the best conversationalists in our country — our young people.”

Established in 2008, the National Ambassador for Young People’s Literature program highlights the importance of young people’s literature as it relates to lifelong literacy, education, and the development and betterment of the lives of young people.

Over the course of her two-year term, Woodson will travel across the country to promote her platform, READING = HOPE x CHANGE (What’s Your Equation?), which encourages young people to think about — and beyond — the moment they’re living in, the power they possess, and the impact reading can have on showing them ways in which they can create the hope and the change they want to see in the world.

An inauguration ceremony, which is free and open to the public, will take place on January 9 at the Library of Congress’ Thomas Jefferson Building in Washington, D.C.

“We are delighted that Jacqueline Woodson has agreed to be the new National Ambassador for Young People’s Literature,” said Librarian of Congress Carla Hayden, who will preside over the ceremony. “I have admired Jacqueline Woodson’s work for years, especially her dedication to children and young adult literature. The Library of Congress looks forward to Jacqueline’s tenure of encouraging young readers to embrace reading as a means to improve the world.”

Nancy Paulsen, president and publisher of Nancy Paulsen Books, said, “We think Jacqueline Woodson is the perfect ambassador for our time because of her commitment to making sure all children have access to all kinds of books, and are sure to see themselves portrayed in those books. This is exactly what’s needed to appeal to today’s readers and to grow the next generation of book lovers.”

Carl Lennertz, executive director of Every Child a Reader and the Children’s Book Council, added, “We couldn’t be more pleased with the selection of Jacqueline Woodson as the next ambassador. She embodies everything that we look for in this position and we can’t think of a more passionate advocate for young people and for reading over the next two years.”

The National Ambassador is selected for their contributions to young people’s literature, the ability to relate to kids and teens, and dedication to fostering children’s literacy in all forms. The selection, made by the Librarian of Congress, is based on recommendations from an independent committee comprising educators, librarians, booksellers, and children’s literature experts.

The 2018–2019 selection committee for the National Ambassador for Young People’s Literature included: 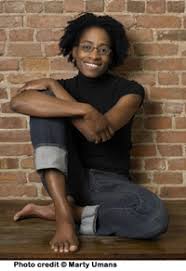